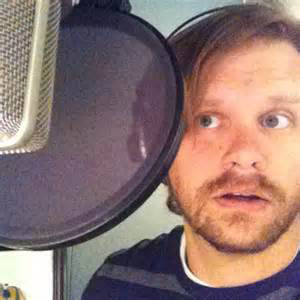 Callback audition time! No clues about the client, not a word about the kinds of voices they want.  Only that the product is from outer space, changes personalities AND genders, it’s small and furry with its own language, no real script yet, just a couple of lines. Ready? GO! Now do a princess version. Now do a spaz, warrior, valley girl, rock star, pirate, robot, no recognizable language, just gibberish please… and *BOOM*, you are now a Furby! You’ve got to get to certain a level of proficiency not to lose your s—t in a session like that, and prolific Bay Area voice actor and Voicetrax Alum GAVIN HAMMON has the chops – not only to do it himself, but to show you how! From Leapfrog through Hasbro, not to mention TONS of more mundane interactive titles and commercial voice-over, Gavin works a lot because he works a LOT. And what Gavin will reinforce for you is that the truest, most compelling component of voice acting often isn’t even verbal – something to keep in mind, just in case the next global actor-voiced toy phenomenon is a gibberish gerbil!