TRUER WORDS…. It appears ‘Traxer ERICK NITA has been a busy man in the past month or two, and was kind enough to send us a note about it! Pay particular attention to the way he ends that note: 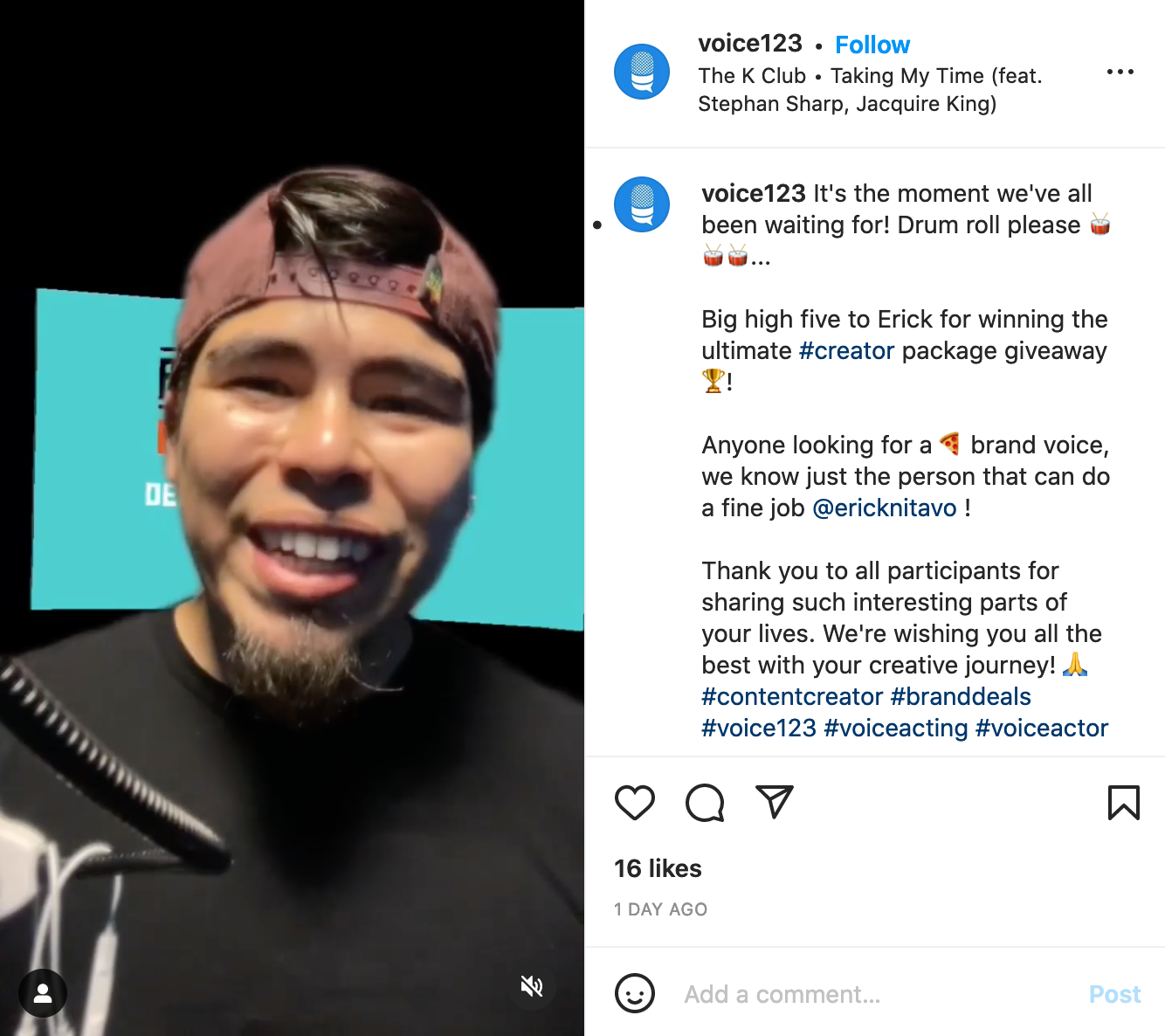 Hope you’ve all been doing well, having fun, and staying safe! I’ve been having a busy May and a bit of June now with work. I got hired by a company called Talespin to do a elearning module and they contacted me again 2 weeks later to hire me for a different module. I’ve worked with an agency in San Diego called Rescue agency and this is the 3rd time they’ve hired me to do storyboard reads which is pretty cool! And just yesterday I had a client who hired me to do their summer campaign for their school National Heritage Academies out in Michigan. They hired me in December and wanted to keep me as their summer artist as well.

Today I also won contest on Voice123 for their 20th birthday giveaway, and it really made me think of you guys especially because there was a class about Voice123 taught by Vicki… You guys are amazing and I appreciate all the work that you do. I’m glad I’m able to use the skills I’ve learned and apply them to work. It’s making me realize that I am able to do this, I just need to keep working at it.

He’s able to do this, he just needs to keep working at it – don’t we tell you something like that ALL THE TIME here at #VoicetraxSF? Just goes to show, once again: those who work a lot work a LOT because they WORK a lot! Congrats, Erick! With that kind of thinking, your momentum will only build from here.