MAKING ALL THE RIGHT MOVES… 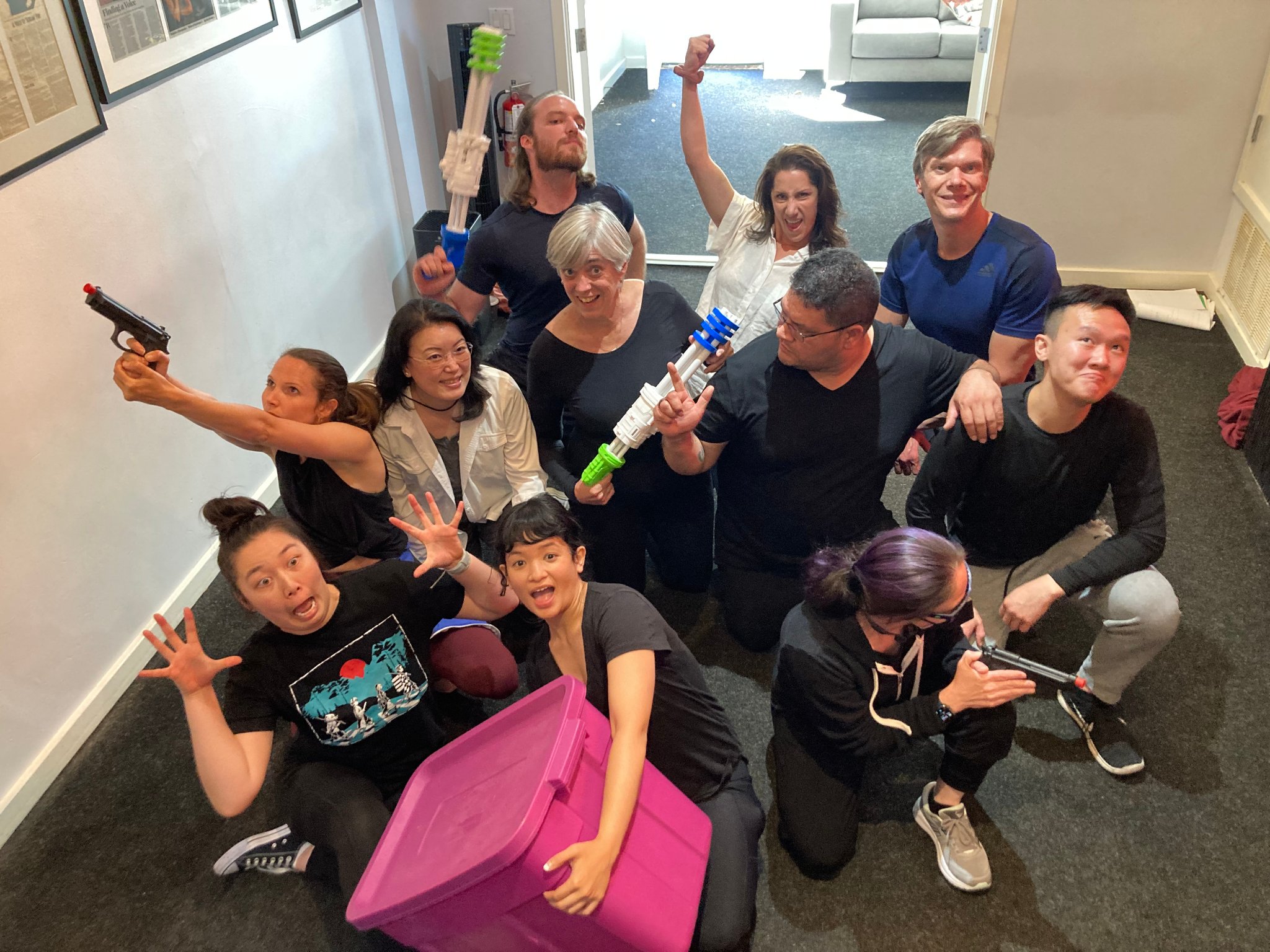 It’s a growing segment with an ever-increasing number of lucrative opportunities, so you know we’re going to be on top of it: PERFORMANCE CAPTURE. And in the #VoicetraxSF tradition of working with only the top Guest Directors in the industry, ALLYSON VOX came down from Seattle to take students through a whirlwind tour of movement for performance capture in “How To Walk, Talk and Chew Gum” – and she did not disappoint!

“Absolutely loved it. Allyson was such a kind, fun, and intelligent teacher. I really appreciated the video game industry knowledge she shared, and her expertise in guiding us through various movement and scene study exercises, with a lens to MoCap. The time felt like it went by so fast, because we were having so much fun playing.

I hope a “part 2” of this class will be offered one day in the future :)” – Mirabel Miscala

“I had lots of fun in the class this weekend! It was so valuable to get us voice actors out of the booth and think about the ways that we could tell stories through our bodies and physical movements. Allyson brought a fantastic energy to the class, and the examples of her work she shared were hugely instructive and helpful to better understand the craft.” – Alex Delzell

“The class was awesome! Very involved and informative, and I always love having the chance to spend time with my fellow Voicetrax classmates!” – Mathew Lim

“What a weekend. I mean, I was excited for the class BUT WOW WAS I NOT READY TO HAVE SO MUCH FUN! The number of bruises I now have directly correlates to how much of a blast I had. And I finally got to meet people in person for the first time!!! This class had everything! Drama, comedy, jumping, walking, Backstreet Boys, very confused and slightly worried random Sausalito people, literally everything! It was so great learning from Allyson and spending the time to focus on something I feel like I’ve been overlooking in my reads — the importance of physicality and intention behind your actions. In voiceover we’re ALWAYS talking about intention when delivering copy, but in regards to acting as a whole, before this class I always felt awkward with body language. I’d never know what to do with my arms when “active listening” so I’d default to dino arms… but with the amazing group in class I was so busy laughing and learning and not worrying about making a “wrong” decision (because there are none in this class ) that I don’t even remember the awkward-Megan dino arms coming out all weekend! A HUGE thanks to Allyson and everyone else for being so supportive and open minded and if there is ever a continuation of this class I’M IN!” – Megan Ratto

The students have spoken, and we are listening! Keep an eye here for future developments in performance capture with Allyson…