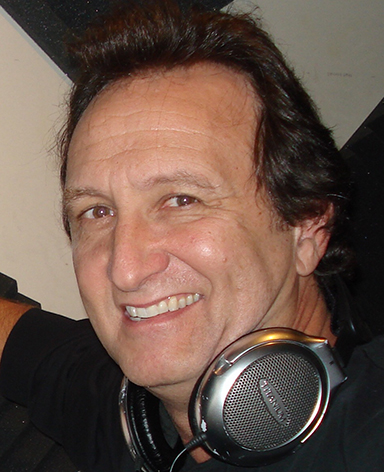 He’s not nearly so short, and he’s even less green, but if there’s any director who qualifies as Voicetrax Yoda, it’s our Inaugural “TOP Teacher” vote-winning THOM PINTO! For decades, students have come to Thom for his uniquely granular and incisive coaching, not to mention his occasional tough-loving body-slam; getting “Pinto-ed” has long been a Voicetrax rite of passage. Thom came up through the Golden Age of voice-over “Thunder-Throats” sounding more like a regular guy, which is what made him so determined to succeed through sheer force of acting performance.  Advertising trends, visual editing and its influence, the TV promotional flavor of the month for EVERY individual network, mind – there’s not an aspect of voice acting anyone can name that Thom has not pored over and rigorously analyzed to find that special auditioning edge. Thom demonstrates the mastery of versatility and range you can attain by being a constant student of voice acting, and that’s what’s propelled him to genre-defying heights – authoritative voice for CBS evening news to whimsical poet for Clorox to down-to-earth narrator for Discovery – he’s like that instantly-recognized character actor you can’t quite name, who might as well be a leading man for his omnipresence. And as the author of the “Colors Of Your Voice” and “Think Visually, Act Vocally” curricula, he’s bestowed his singular wisdom at Voicetrax for more than 25 years.