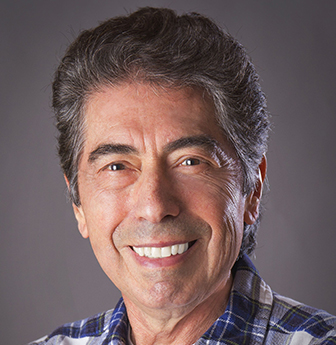 So how many times do you hear something like this: an actor, freshly minted as a Big Apple performer, Fiddler On The Roof his first Broadway show, understudy for 13 roles because what are the odds, right?  DON’T YOU KNOW IT, a flu epidemic hits and on one night, this understudy has to fill in for SEVEN ailing actors. And dancers. AND singers. Switching roles sometimes in the same scene, mustache and beard for a Jewish character, clean-faced for a Russian, sweating enough he had to hold the mustache on with a hand, NEVER breaking character. What, give up show business? NO WAY for FRANK COPPOLA who went on to multiple Broadway and off-Broadway shows before moving to LA to work in TV and films, directing or performing with actors like Bette Midler, Bea Arthur, Susan Sarandon, Billy Crystal, Don Johnson and Rue McClanahan!  That track record is why Frank’s in demand as an acting and presentation skills coach, and why we’re happy to have him aboard to drill down into the acting preparation necessary for competitive performance on commercial script and dramatic monologue alike.