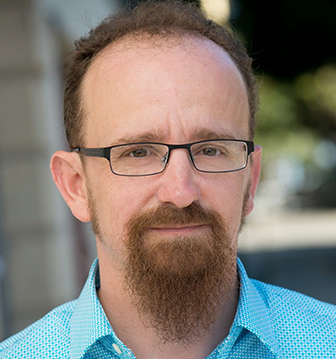 A little battery-powered wand passes over a page in an activity book, and a character on that page actually speaks out through that wand: a word at a time, or the entire sentence on the page depending on how the wand is used, maybe even a word or two about pictures on the page – and far more often than not, in a kid-friendly character voice!  This is an e-learning toy at work, and if you suspect some wizardry in the whole process, you wouldn’t be far off; Voicetrax Alumnus CHUCK WEDGE is a distinctly wizardly guy!  It doesn’t hurt that Chuck himself is a natural character, with a voice so unique that fellow Guest Director SAM POND couldn’t resist casting him in a comedy radio ad. Chuck has also been the writer and producer for the lion’s share of these activity books and toys at Leapfrog for years, and if there’s ANYONE who knows more about what’s expected of a voice actor in the toy business, we have yet to see ’em!  When you take a class with Chuck, he can actually model for you what you’ll sound like as an intrepid explorer, a fairy godmother, or a mad pirate coming out of a Leapfrog wand.  And if you listen well to his wisdom, who knows… you may eventually get paid to be heard coming from one permanently!