ADR IS OUT THERE… 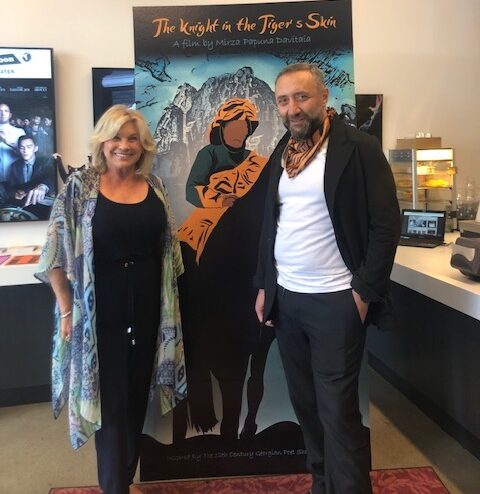 And do you need to be represented to take advantage of the opportunities? Nope! Take ‘Traxer Patti Gribow, who booked an English-language over-dub of an animated feature from Georgia (the country) on Voice123.com! “The Knight In The Tiger’s Skin” is a tale of a Prince on a failed quest for his captured love, and not only was the English version an ADR job, it was done remotely from one side of the world to the other:

“What an amazing extraordinary experience to attend a screening of the Knight in the Tiger’s Skin where I had voiced characters who were speaking in Georgian to English! My ‘Traxer friends who have been in classes with me, taught by the extraordinary Ned Lott, will understand why Ned was totally in my head when I was thrown a second character on the spot. LOL! Thank you Voicetrax for providing us tools to move forward with our careers in such a professional and satisfying way.

On another note, it was wonder to meet the director, Mirza Davitaia, in person as when we recorded he was in the Country of Georgia and I was here in the US. What a kick in the pants!”

CONGRATULATIONS, Patti! And who knows – hustle and work as hard as Patti does, and you too might hear your voice in film before long…